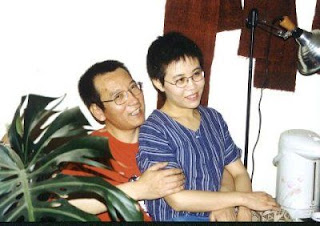 An Appeal for a Chinese Dissident

BEIJING -- My husband, Liu Xiaobo, was one of the primary drafters of a document known as Charter 08. Modeled after the Charter 77 petition created in the former Czechoslovakia, Charter 08 calls for comprehensive political reforms in China, including the establishment of a democratic government and the protection of universally recognized human rights. It was signed and issued by more than 300 Chinese citizens on Dec. 10, 2008, the 60th anniversary of the signing of the Universal Declaration of Human Rights, and to date it has been signed online by more than 8,000 others.

Charter 08 has clearly resonated with everyday Chinese people. Perhaps this is why my husband, who was arrested on Dec. 8 by Chinese police without an arrest warrant, was seen as such a threat to the regime that he remains in police custody today, even though no charges have been brought against him.

Despite the hardship that his involvement in the Charter 08 movement has caused him, I am sure that Xiaobo has no regrets. He is deeply committed to promoting and protecting the rights of all people, particularly those who do not enjoy the advantages that he has as an intellectual. Indeed, this was the fourth time that I have had to witness my husband being dragged from our home by Chinese police. He previously served half a year in prison for his participation in the 1989 pro-democracy demonstrations at Tiananmen Square. In 1996, he was taken away and sent to prison for three more years for promoting freedom and democracy in his writings. Then, in 2006, he was once again taken into custody and was interrogated for 12 hours before being released.

Although my husband and I were fully aware of the possible retaliation that his advocacy might inspire, his detention is still very painful for us both. We agreed long ago that we would not have a child, as it would be too cruel to subject him or her to the absence of an imprisoned father. Thus, we are both alone now. We write to each other constantly, knowing our letters will never reach each other. In the nearly four months since his abduction, authorities have allowed me only two visits with him. After being taken to an undisclosed location, I was permitted to talk with him as we shared a meal under the unremitting surveillance of prison guards. During our conversations, I learned that he has been confined alone to a small room lit by a single light bulb and that most of the more than 60 books I had brought him were confiscated by prison officials. It is difficult for me to bear the extent of his isolation.

Now I fear that the government is preparing to stage a show trial and convict my husband of "inciting the subversion of state power," a charge frequently leveled against political dissidents and one that typically carries a lengthy prison sentence. Police have summoned and investigated nearly all of the original signatories of Charter 08, as they gather "evidence" of my husband's "crime." In doing so, they are sending a clear signal to others in the democratic movement that dissent will not be tolerated.

I implore President Obama to intervene on my husband's behalf and to express to the Chinese government his wish that my husband be freed. My husband has done nothing wrong, and his imprisonment is a great tragedy not only for me but also for the countless people of my country who lack a voice but share his desire to see China become a free, democratic nation. Please, President Obama, stand in solidarity with Liu Xiaobo, and help me to be reunited with my husband.

The writer lives in Beijing. Her column was translated by the Laogai Research Foundation, a Washington group working to expose human rights violations in China.
发帖者 Tsering Woeser 时间： 01:38