For the last few days
I have done nothing but think
about this time last year
when you left this world
without saying goodbye
and these words poured
over my heart:
helpless
unreachable
impermanent
indescribable
irreplaceable
inconsolable….

Just as the name of a rose
is held in the dictionary I search,
you exist clearly, distinctly, and unambiguously
in the name of Tibet[2]—
a name now lost.

My grief is indescribable.

[1] Elliot Sperling, born January 4, 1951, died on January 29, 2017 in his home in New York due to a sudden illness. Before he retired in 2014, he was a professor in the Department of Central Eurasian Studies at Indiana University and the Director of the Tibet Research Program. He was the author of several historical monographs including  The Tibet-China Conflict: History and Polemics (Washington: East-West Center, 2004). I once wrote about him: “Although his field of research was the history of Tibet, he was still very concerned about contemporary Tibet’s political issues, human rights issues, and other practical questions. He once explained his concern for Tibetan issues—that he believed on supporting and defending the fundamental values of civil society, that these must not remain unrelated from ethnicity or the state, and therefore support the cause of the Tibetans’ struggle for the survival their national sovereignty. He was not only an outstandingly erudite and inspiriting scholar, he was also a person who defended the fundamental values of humanity. His conduct was always just as Camus’ implored: “one must not stop at personal indignation, but also possess a concern for the other.”

[2] At the end of his essay “Tubote, Tibet, and the Power of Naming,” Elliot Sperling wrote: “Tibet, as universally understood as a cultural and historical realm, is not the modern “Xizang.” But it is the Tubote that a new generation that writes and blogs in Chinese has rediscovered and adopted as a clear and unambiguous marker of the land with which they are so intensely engaged.” 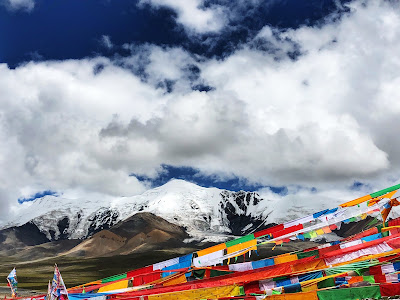 I offer prayer flags to Elliot Sperling.
I’ve forgotten how long
he’s been gone from this world.
Or I’ve intentionally ignored it
as if he were still alive,
as if we were still able find each other,
and care.

It was always he who showed more respect.
From the mountain peak buried in snow,
a bearded vulture soars over me—
there is no place better than here.
I pull forth what I have held close to my heart,
these prayer flags I brought from Lhasa
and with deep reverence hang them
as a memorial to our private friendship,
and because of an article[1]
he wrote six years ago in which he states:
“It is necessary to make every attempt
to see that as many of those who perished
are known as people, not as mere statistics.
To do otherwise would indeed be
to allow mass murderers to shape
our humanity.”

The last thing he discussed was the account
of the third A-brtan incarnation
being massacred at the Lab-dong Monastery.
The incarnation’s name was
Jam-dbyangs Ye-shes Bsod-nams Mchog-grub.
Like his previous incarnation
he did much to propagate the dharma,
and gathered a considerable following.
But one day in 1958, “at the age of 24,
there was nothing more. He was dead.”
Slaughtered like so many Tibetans.

I write Elliot Sperling’s name on one of the flags.
On another flag, I write these words,
“All the Tibetans killed since the 1950s.”
They hang together, suspended
in overlapping strings of flags.
The wind blows and sad prayers fly
to the sacred mountain Amne Machin
which stands beneath the scorching sun. 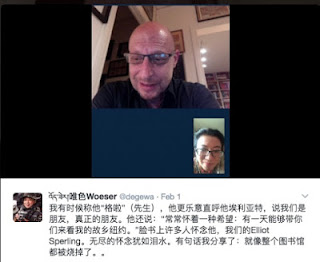 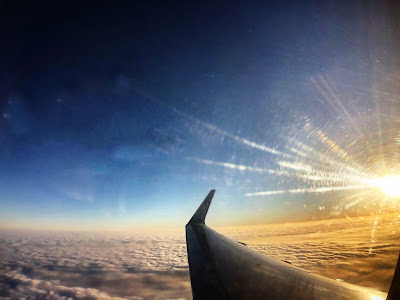