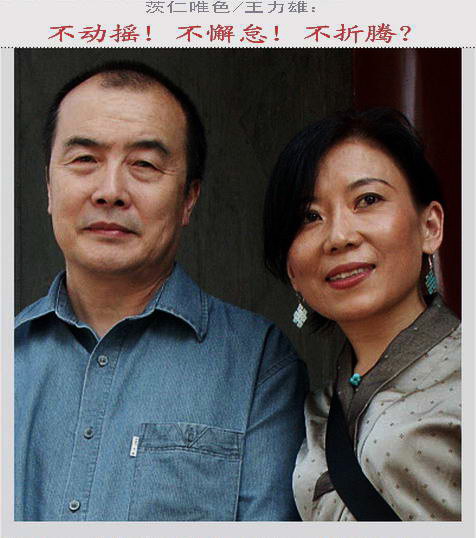 Unwelcome at the Party

BeijingON Thursday, China’s Communist Party will begin its 18th National Congress, which it nicknames “18th Major.” I don’t belong to a political party and have never felt that Communist Party meetings are any of my business. But my home is in Beijing. I am a writer, and Han Chinese. My wife, Woeser, is also a writer, and Tibetan. The other member of our household is my mother, who is 90.

A few weeks ago, China’s political police asked my wife to leave Beijing because “18th Major,” a once-in-a-decade coronation of new party leaders, was on the way. The Communist Party views Tibetans and Uighur Muslims from western China as noxious. They are constantly under suspicion as troublemakers, if not terrorists. My wife, as it happens, is petite, as lacking in guile as a window pane, and about as far from a terrorist as one could get.

She has, however, written some words in protest of the fate of her fellow Tibetans. And for this, the party has put her on a blacklist, barred her from publishing, deprived her of her job, and denied her a passport. When she obeyed the recent order and headed home to Tibet, police officers along the way stopped and searched her at nearly every juncture. While Chinese people — on airplanes, trains, buses and motorcycles — are streaming into and out of Tibet by the thousands, Tibetans themselves have become outsiders in their own land, blocked at every turn.

My wife finally did make it to Lhasa, the Tibetan capital, but only because State Security in Beijing had ordered the Tibetan police to allow her to enter for the sake of “18th Major.” After all, this is priority No. 1 these days.

Then, on Oct. 24, State Security officers visited my home again. This time it was me they wanted out of Beijing. They left it to me to guess why the party saw me as a threat. I write fiction, and have also written two books on national minorities in China, with the goal of increasing mutual understanding among China’s ethnic groups. Does such writing displease the party? I suppose it does. A Uighur professor who teaches in Beijing had invited me to his home to observe Id al-Adha, an important Muslim holiday, with some of his Uighur friends. But State Security forbade me to attend, and, to be sure that I didn’t, they posted round-the-clock guards outside my door.

None of this involved any legal procedures. When I asked the guards on what authority they stood at my door, they said nothing and pointed upward. We all knew what that meant: “The ones up there, the party.” Meanwhile the Uighur professor was forced to cancel his gathering. The reason? “Eighteenth Major.”

The Communist Party has, for the sake of its own meeting, asked that my wife leave me and that I leave my elderly mother, who is too old to live without someone to care for her. Incidentally, she joined the Communist Party in 1947 (two years before the founding of the People’s Republic, and a time when joining was still dangerous) and did so in order to oppose the reigning Nationalist government, which she saw as “lacking humanity.”

Now, I want to ask her, “What do you think of the humanity of the Communist Party today?” but cannot bring myself to inflict on her the pain that the question would bring.

I have replied to State Security that a party conclave is no reason to disperse a family. They, in turn, threatened that if I refused to leave, things would become “uncomfortable” for me. They did not say how. I have decided to wait at home and see. What does a party that vows before the entire world that it follows the rule of law have in mind for my discomfort?

Wang Lixiong is a writer and novelist. This essay was translated by Perry Link from the Chinese.