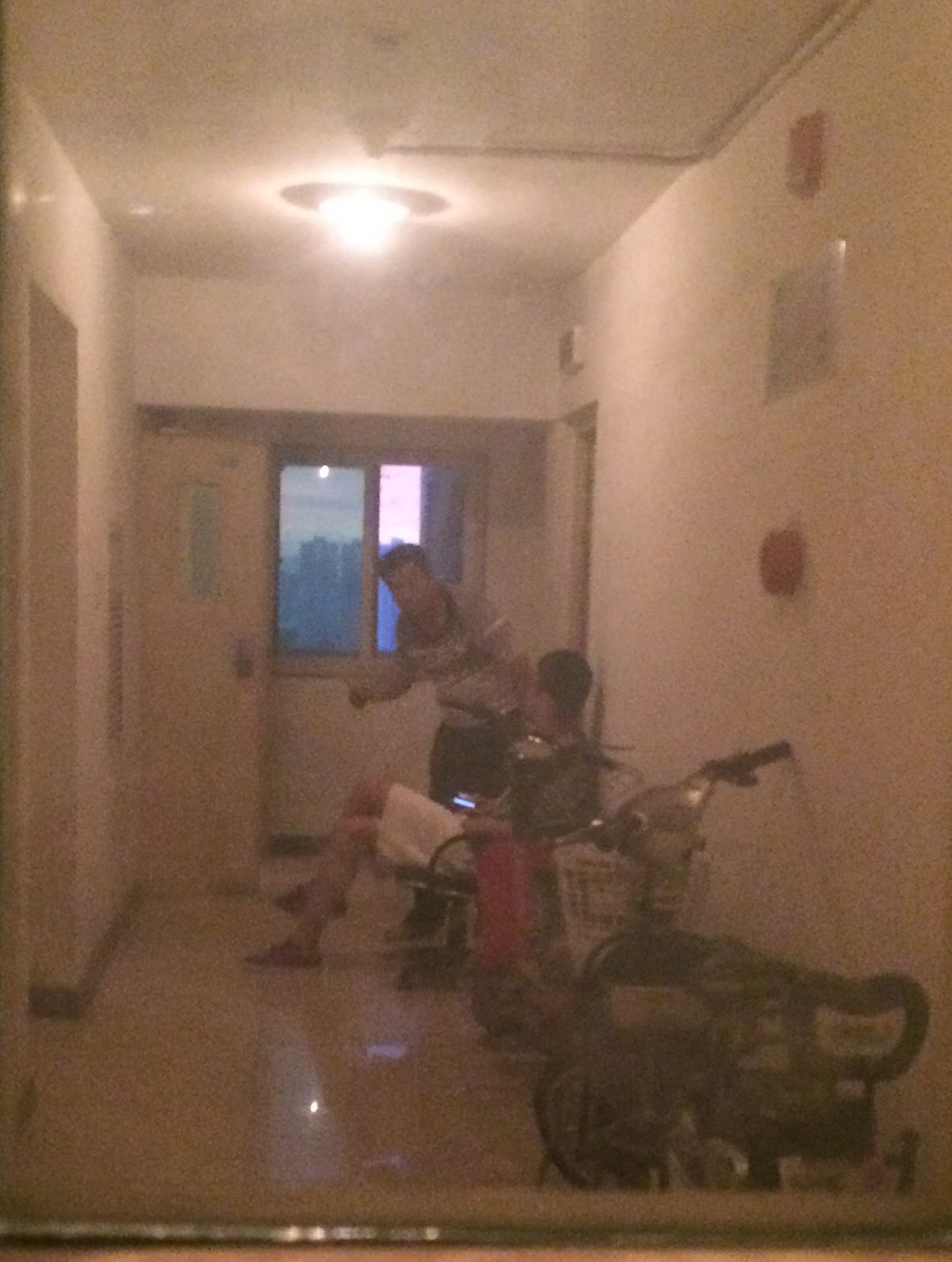 Woeser and Wang Lixiong Under House Arrest in Beijing

High Peaks Pure Earth is grateful to scholar Elliot Sperling for his quick translation of a Facebook post by Woeser of July 8, 2014, documenting the circumstances behind her and her husband Wang Lixiong’s house arrest in Beijing.

Wang Lixiong and I arrived in Beijing from Inner Mongolia and got to our door at around 6:00 in the evening. At 7:00 State Security arrived. They said they would be taking up their posts for the next two days and that we were forbidden to go out. I asked for the reason and they said that it was confidential. But I know that it’s because the day before yesterday an American Embassy official had called me on my mobile phone and invited me this evening to the embassy residence. Knowing that I was on the road and couldn’t participate, they’d set the date for the next day. I didn’t know whom I’d meet, but regardless of whom I would have met I was already prevented from doing so by State Security.

The photo shows State Security and students whom State Security had sent over from the Public Security University taking up posts at the elevator by our door. Wang Lixiong asked the Public Security University students if they knew that what they were doing was illegal. A student gave a very funny answer: “I have the right to not answer your question.” It was as if he were being questioned at trial.

The news says that U.S. Secretary of State Kerry has come to Beijing. In March of last year, when the U.S. Department of State gave me the “International Woman of Courage Award,” I was unable to go to Washington to accept it because I was confined to my home and had no passport. Afterwards Mr. Kerry especially wrote me a letter. If I were to see him on this occasion I would very much like to reply to his letter and express my thanks. But most regrettably I am at home under house arrest.