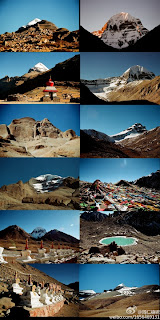 'There are two problems: mining and tourism,' Woeser said. 'Tibetans believe that Tibet's natural environment is endangered, including sacred mountains.'

Kailash is in the far west of the Tibet Autonomous Region, close to China's Himalayan borders with Nepal and India.

The government has improved roads and opened a new airport near the 6,675-metre mountain last July with two flights weekly from the regional capital, Lhasa.

Expensive tickets have so far limited the number of travellers using the new Gunsa Airport, which the government aims to expand to an annual capacity of 120,000 passengers by 2020.

'But it will be an important part of the future tourism development of the Kailash area,' Woeser said of the airport.

For centuries, only a few hardy tourists have joined the hundreds of Buddhist, Hindu, Jain and Tibetan Bon pilgrims who trek to Kailash.

Tourists usually reach the area by crossing mountain passes from India or Nepal, or by road from Lhasa.

The airport expansion is part of a government plan to create a new Sacred Mountain Holy Lake Scenic Area around Kailash and the nearby Lake Manasarovar.

The plans include upgrading the main road from Lhasa and building hotels and restaurants near Kailash.

A cross-country race following the 57-kilometre kora, or pilgrims' path, around the mountain is scheduled for early August, including up to 15 teams plus crews from state television.

'Please stop using the sacred mountain and holy lake for commercial development,' Woeser called her blog posting this week on the race and development plans.

The government has suspended or restricted foreign tourism to Tibet several times since violent protests against Chinese rule erupted in Lhasa in early 2008.

But Kailash and other areas of Tibet have still reported rises in the number of visitors, mainly because of a rapid increase in Chinese tourists.

State media said Tibet received some 6 million tourists last year, a number forecast to rise to some 7.5 million this year and up to 15 million by 2020. Much of the increase was spurred by the opening of the first rail link to Lhasa in 2006.

China has already developed several Tibetan areas into major tourist destinations, such as Lhasa and the official Shangri-la tourist town in Yunnan province.

The Communist Party said it has improved the economies of poor and remote areas by attracting tourists from China's affluent cities.

Yet supporters of Tibetan exiles argued that the development largely benefits China's Han ethnic majority and rides roughshod over Tibetan culture and religion.

In an earlier interview, Woeser said the new fashion for Tibet among Chinese people was 'like the feeling towards a pet.' 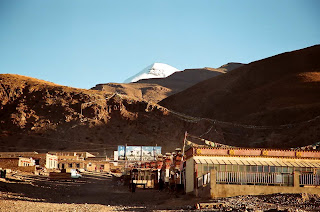 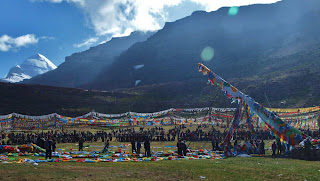 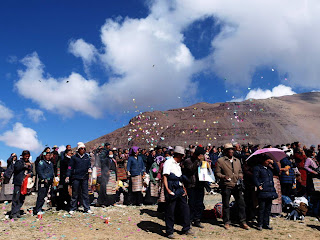 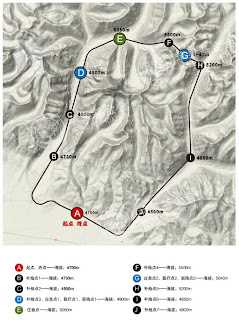 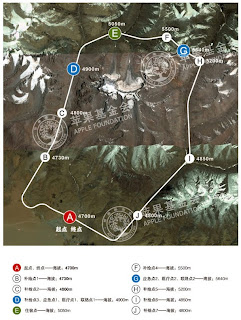 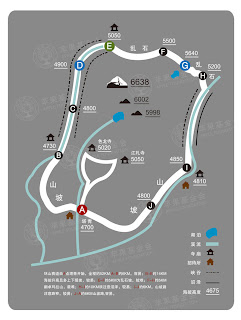