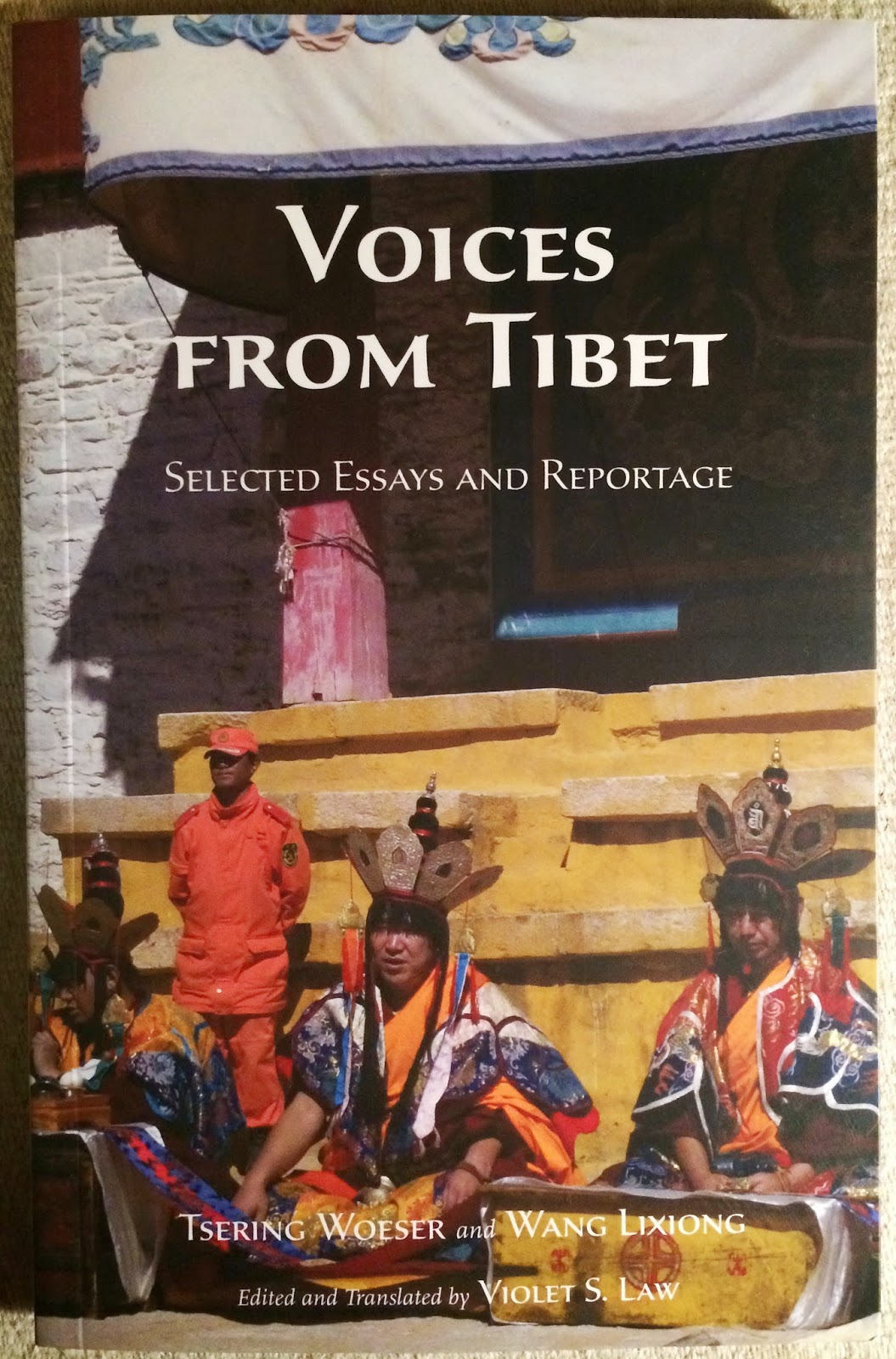 Voices from Tibet is a collection of translations of blogposts and radio broadcasts on Radio Free Asia by husband and wife, Tsering Woeser and Wang Lixiong.  Tsering Woeser is a well-known Tibetan blogger and an adept user of social media to disseminate her commentaries on the current situation in Tibet. She has received international recognition in the form of numerous rewards, notably, in 2013 the US State Department’s Woman of Courage Award. Wang Lixiong came to prominence in China with the publication of his novel Huanghuo, (Yellow Peril) in 1991, an apocalyptic novel about the collapse of China. He is also one of the few Chinese intellectuals to tackle the issues of minorities, notably in his two books on Tibet and Xinjiang, which offered a personal perspective on the current situation in these conflict-ridden regions, and that are critical of the Chinese government’s policies in dealing with Tibetans and Uyghurs. Woeser’s blog is banned in China and she posts on her blog using a proxy server.

Robbie Barnett of Columbia University provides an informative and excellent introduction, which makes up nearly half of the book. Barnett contextualizes Wang and Woeser’s writings in the context of the larger issue of Chinese intellectuals’ engagement with the general issue of “nationalities,” and particularly with Tibet. Barnett points out in his introduction that Woeser’s writing focuses on “the everyday pressures faced by Tibetans” in Tibet, whilst Wang’s writings deal with “strategy and policy” issues.

Woeser was the editor of Tibetan Literature, a Chinese-language literary journal of the Tibetan branch of the Chinese Writers’ Association, but she fell foul of Chinese censors and was dismissed from her post as the editor. She was forced to move to Beijing. Wang is not regarded as an outright dissident in China. He carefully crafts his writings not to cross the censor’s line.  Because of the current wave of violent attacks by Uyghur nationalists and self-immolations in Tibet, Wang’s work has gained renewed interest amongst Chinese readers. Woeser has gained enormous popularity amongst the Tibetans in China and she is a conduit for news of protests and arrest, which she feeds through her over fifty thousand followers on Twitter.

Chinese readers will be familiar with their writings and their blogs attract a huge readership amongst the Chinese. Although Wang and Woeser have a high profile in the media, their works are rarely translated into English. Many of Woeser’s posts on her blog “Invisible Tibet” have been translated into English by Dechen Pemba and reposted on the blog “High Peaks Pure Earth.”

Violet S. Law, a journalist and translator, has done a great service by bringing English translations of selected posts from Wang and Woeser’s blog. The book consists of 41 short essays that are either posted on their blogs or broadcast on Radio Free Asia.  The essays are organized into five broad themes; the first chapter consists of nine short vignettes on the current situation in Tibet’s capital Lhasa (1-18), other chapters deal with the economic marginalization of Tibetans (19-32), religion (33-48), the devastating effects of developments projects in Tibet (49-60), and contemporary cultural politics (61-74). These essays demonstrate what Woeser refers to in the epilogue, “to write is to bear witness.” Woeser sees herself speaking of and for the plight of Tibetans.

The essays in the book are attributed to Wang and Woeser but the essays have no named author, just a list of sources for the essays at the back of the book. The majority of the translated essays have been published in Taipei under the title Tingshuo Xizang, the same title as the book under review. The collections show Woeser and Wang as keen and insightful observers of the everyday lives of Tibetans. One constant theme emerges in their writings, that is the question of why the Chinese government have failed to win over the hearts and minds of the Tibetans.  Woeser and Wang see the reasons in the gulf in everyday interactions between state officials, majority Han and the Tibetan people governed by mistrust and mutual incomprehension.

Woeser is a writer and poet whose works cannot be published in China but this has not silenced her or prevented her from taking to the Internet to circumvent the censor. This collection of essays attests to the opportunity and power of the Internet for a writer under an authoritarian regime.