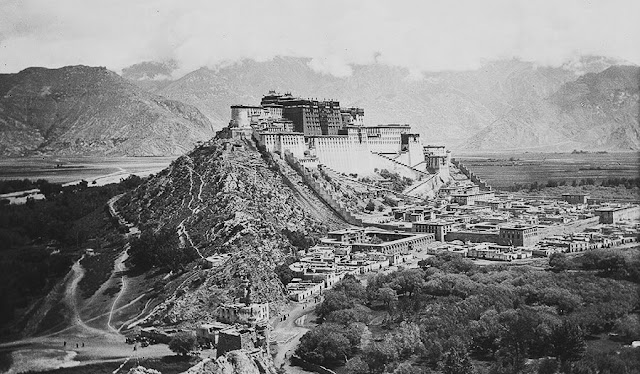 Empty, or Not Empty

TRANSLATIONS
The Dalai Lama's dharma-throne—the Potala Palace. The date of this photograph is unknown, sometime between 1900–1940. During this period, there were Russians, British, Germans, Austrians, etc. who took photos in Lhasa.
‍
[This poem is published on the occasion of the 60th anniversary of the Tibetan uprising, March 10, 1959.]
‍
‍

Empty, or Not Empty

Each luminous dot on this map represents one reader of this poem. As the number of readers increases, the stars begin to cluster and form an increasingly detailed constellation. My intent is to show how brightly a poem glows across our world. I welcome your light.
发帖者 Tsering Woeser 时间： 13:26