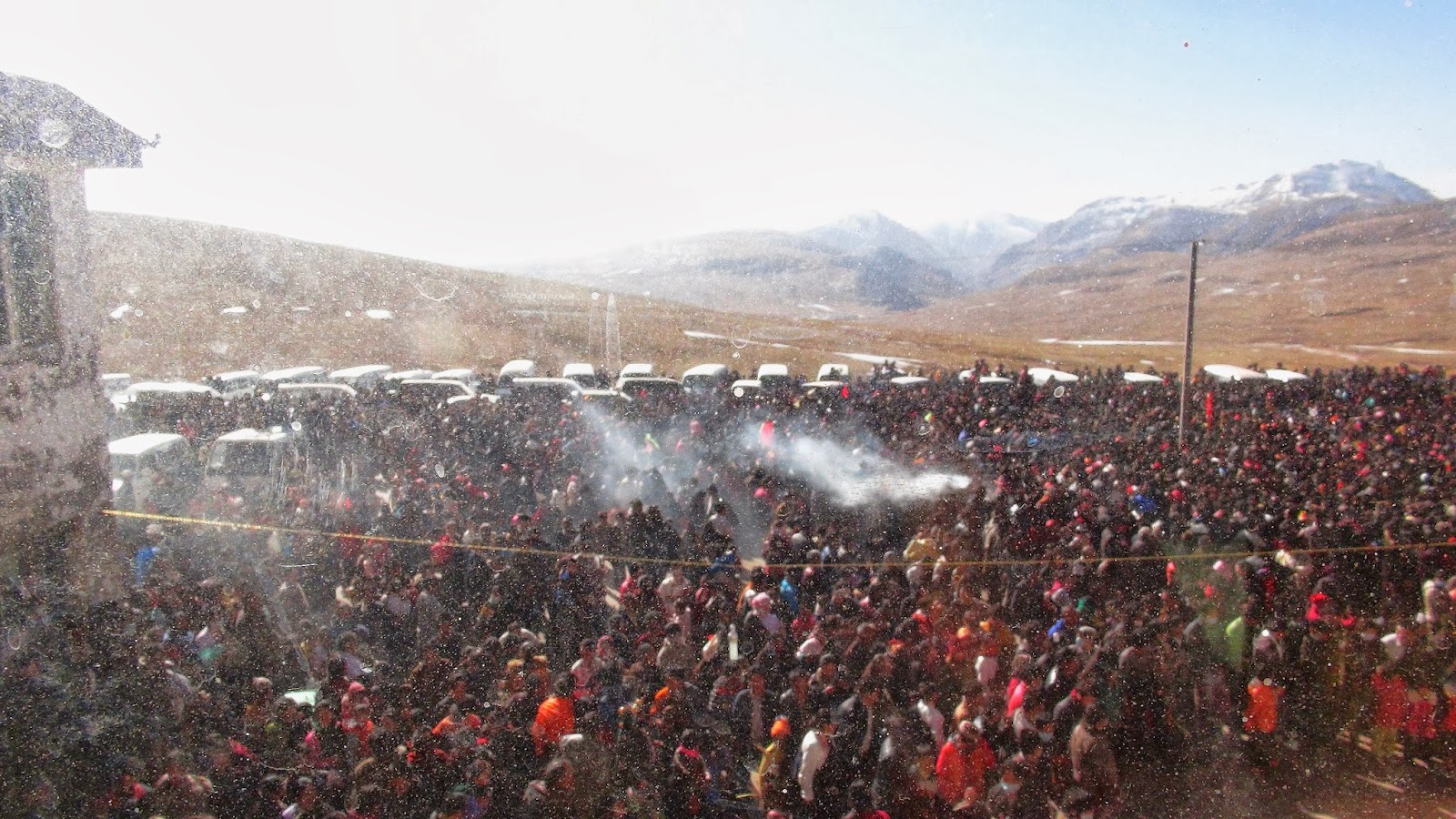 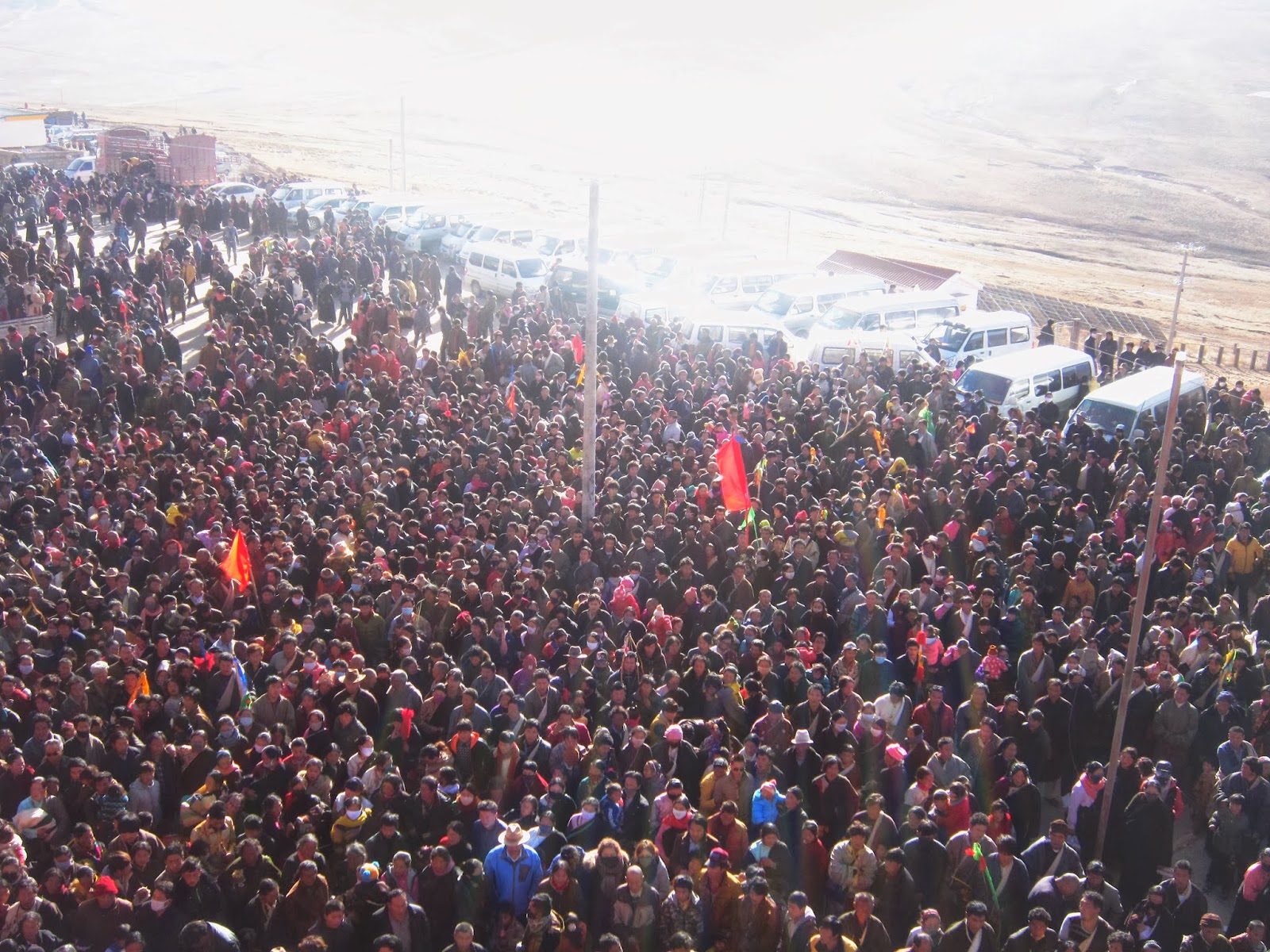 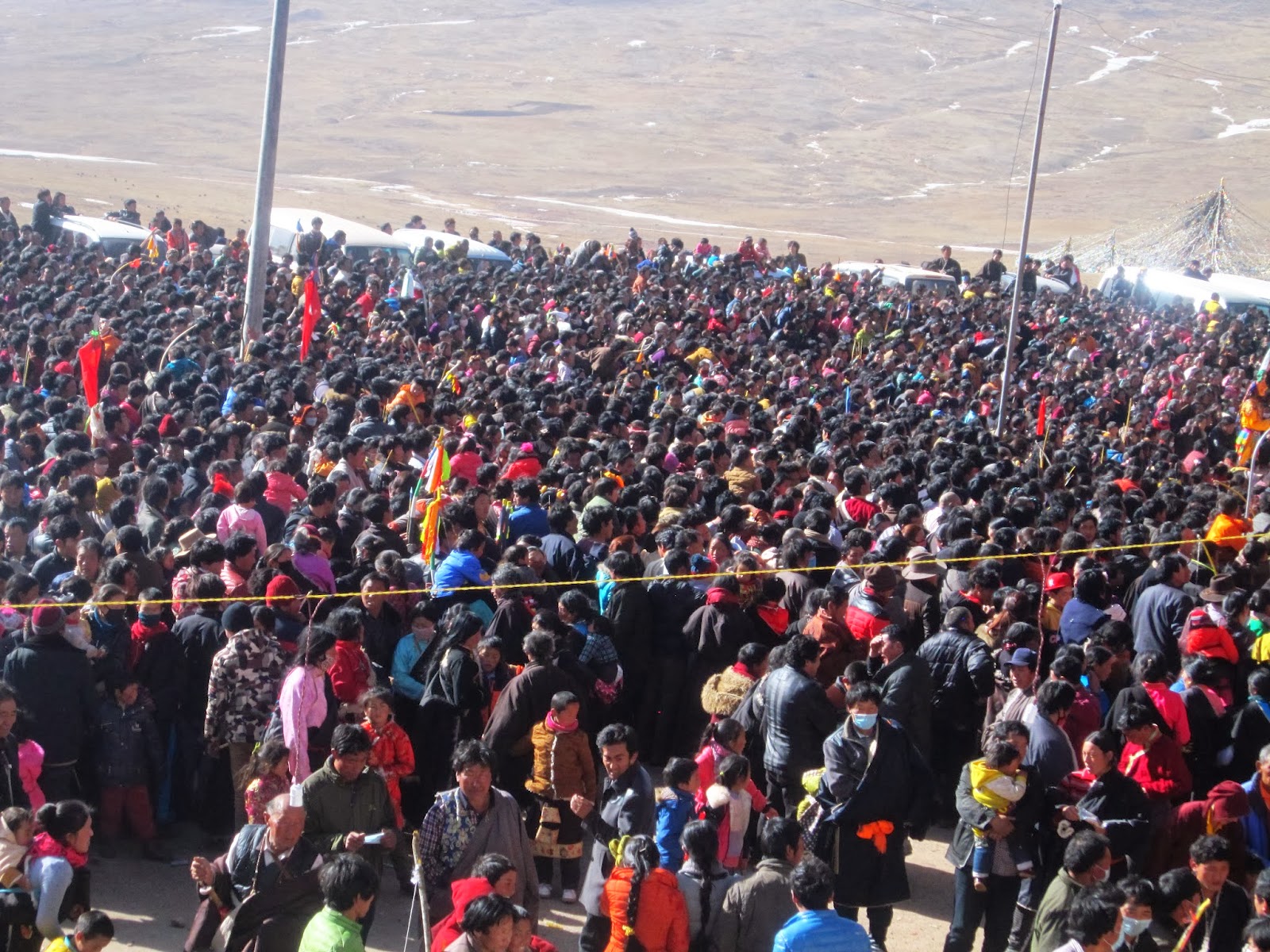 Thousands of Tibetans gathered this week at a monastery in northwestern China’s Qinghai province to appeal to religious authorities to push for the release of a popular religious figure detained for more than two months in the neighboring Tibet Autonomous Region, sources said.

The demand for action in the case of Khenpo Kartse came at the conclusion of a five-day prayer festival held at Japa monastery in Nangchen (Nanqian) county in Qinghai’s Yulshul (Yushu) Tibetan Autonomous Prefecture, a local source told RFA’s Tibetan Service on Thursday.

On Wednesday, from 10:00 a.m. to 3:00 p.m., several thousand people from Nangchen, Kyegudo, and surrounding areas launched a sit-in protest “to express their indignation and disappointment at the lack of clear explanations from authorities on the status of Khenpo Kartse,” the source said, speaking on condition of anonymity.

“They are losing patience,” the source said.

“Khenpo’s followers declared that if the monastery fails to take up this issue appropriately and responsibly, they will take the matter into their own hands and display their feelings publicly.”

The crowd finally dispersed after being assured by the monastery’s management committee that they would “address the people’s concerns within a few days,” he said.

The demonstration followed several similar protests on behalf of the detained monk staged in January and at the end of last year, and was the largest held so far.

Khenpo Kartse-—the title "Khenpo" denotes a senior religious teacher or abbot-—was detained on Dec. 6 in Chengdu, the capital of nearby Sichuan province, on suspicion of involvement in “anti-state” activities at a monastery in Chamdo.

Kartse’s lawyers and relatives have been unable to see him since he was taken into custody by Chamdo security officials who traveled all the way to Sichuan to detain him, and he is reported to be suffering from an inflamed liver and in critical health.

Sixteen Japa monastery monks held since the end of December after protesting in Nangchen against Khenpo Kartse’s detention were later released, with the last group freed on Jan. 21, sources said.

One group of nine freed in early January “told others that during their detention, they were asked about Khenpo Kartse’s means of contacting outsiders” regarding area protests and conditions under Chinese rule, one source said.

“They had the impression that [the Chinese] are seeking excuses to impose harsh punishment on the Khenpo.”

Khenpo Kartse, who is also known as Karma Tsewang, was active in social work in the Yulshul area, including in relief efforts following a devastating April 2010 earthquake, and was well-respected among Tibetans for his work to protect and promote the Tibetan language, culture, and religion.

Sporadic demonstrations challenging Beijing’s rule have continued in Tibetan-populated areas of China since widespread protests swept the area in 2008.

A total of 126 Tibetans have also set themselves ablaze in self-immolation protests calling for Tibetan freedom since February 2009, with another six setting fire to themselves in India and Nepal.