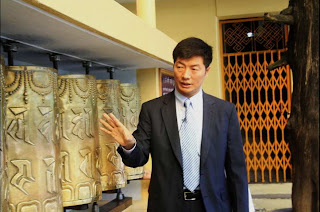 
On April 27, the Tibetan exile government officially announced the Kalon Tripa election result that replaced the elderly Samdong Rinpoche in robes by the young Harward PhD Lobsang Sangay in suits and became the new leader of the exile government. Meanwhile, the Dalai Lama too announced his complete retirement from politics and thus, a new epoch can be said to have begun to exile community.

It is too early to say what changes Lobsang Sangay’s government will bring but by offering him the seat of the prime minister through votes, the voters undoubtedly hold a hope of change. This hope will push him for the change to materialize.

People cite that being an overseas resident, Lobsang Sangay is better aware of the Tibetan refugees abroad, which the earlier governments were less familiar and neglected. Lobsang Sangay can change this by tapping their participation to let them play greater roles.

People also say that the exile settlements being not managed well enough as Samdong Rinpoche is a monk and so lacks in the experiences of secular life. However, Lobsang Sangay was born and brought up in these settlements and so his knowledge about the settlements will help improve their welfare.

Yet there are people speculating that with Lobsang Sangay's wife being from Bhutanese royal family, he will also strive for the well-being of the Tibetans in the Himalayan regions, and so on.

However, these above-mentioned are not the real changes, rather are more of vulgarization of the elected government and localization of the exile community which are not wrong though, these are almost the inevitable paths to be taken by a government formed through universal suffrage, like Kuomintang Party forgoing its ambition of returning to mainland China to revive its influence for the sake of its vote-bank in Taiwan. But with new aspirations and ambitions, Lobsang Sangay would not be satisfied merely with these, and these aspirations and ambitions are realized by none other than solving the Tibetan issue.

Nevertheless, this is exactly where his weakness lies. The older generation of exile leaders have seen and experienced Tibet, familiar with the land and its people, plus dealt with the Chinese government for many years. Lobsang Sangay has never been to Tibet and is short in his knowledge about China. However, unlike past leaders who were keen dealing with China, his weakness might in turn will impel him to go on a new path of no more being deceived by the Chinese government as was in the case of Samdong Rinpoche’s government gaining no substantial progress with 10 years of diplomatic effort and eventually declared no solution would come in dealing with China.

Then what path Lobsang Sangay is going to take? Does he have it already formed in his mind or just moving ahead blindly? He must not be simply disengaging with China, though he might be good at improving relations with the west which the Dalai lama has already done to the greatest extent, yet achieved nothing. West being far away from China, which to some extent, also means far away from the Tibetans in Tibet under Chinese rule. Thus Lobsang Sangay should, in between the two extremes of paths taken by his predecessors, find a new path that has never been taken before. Whether there is such a path or not, what path it is and how to go, we should just wait and see during his term as the prime minister.
发帖者 Tsering Woeser 时间： 00:01